Happy June-ahh, the lazy days of summer are here.  But for those with memory issues and/or various dementia forms including Alzheimer’s, the day on the calendar doesn’t mean much.  It’s just another long day of trying to do what used to seem so easy, worrying about what may have been forgotten or struggling to keep up and/or hide the issue from family or friends.  For caregivers and loved ones of someone with any kind of memory issue or dementia, the day is even longer.  Not only are they keeping up with their own lives, they now are managing the minutiae of their loved one’s lives as well. 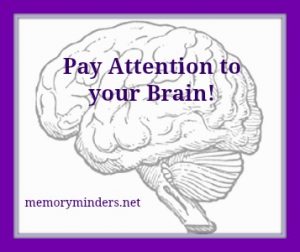 First off, let’s explore what exactly is dementia and Alzheimer’s.  Dementia is a general term describing  a syndrome of symptoms of various conditions and diseases causing mental impairment serious enough to interfere with everyday life.  It is not a disease itself but a symptom of other diseases.  It has been likened to a fever.  The fever isn’t the disease, it’s a symptom of another condition or disease.  So is dementia.

Alzheimer’s disease (AD) is the most common disease causing dementia.  Others include vascular dementia (vascular cognitive impairment-VCI), frontotemporal dementia (FTD) , dementia with Lewy Bodies (DLB) and Huntington’s Disease (HD) to name a few.  The origins and mechanisms behind all these diseases and conditions are different but they will all present dementia in some degree.

Often, first signs of dementia noticed are forgetfulness or uncharacteristic inability to keep up with normal routines of living.  Don’t dismiss these if you are noticing them in yourself or others.  Sometimes, these early signs can be related to a condition easily diagnosed and treated by a professional.  Thyroid issues, depression, vitamin deficiencies and excessive alcohol intake among others can exhibit similar dementia symptomology.

Let’s pay attention to our brains starting today and moving forward.  It’s our most important organ regulating and controlling our thoughts, actions and bodies.  Let’s keep our brains in shape to enjoy all our days!